Empolyment
Busprestige Job Offer Are you looking for new challenge in Automotive?

Busprestige company is looking for new employees. Are you intereded on, so send us your Curriculum Vitae at info@busprestige.eu. 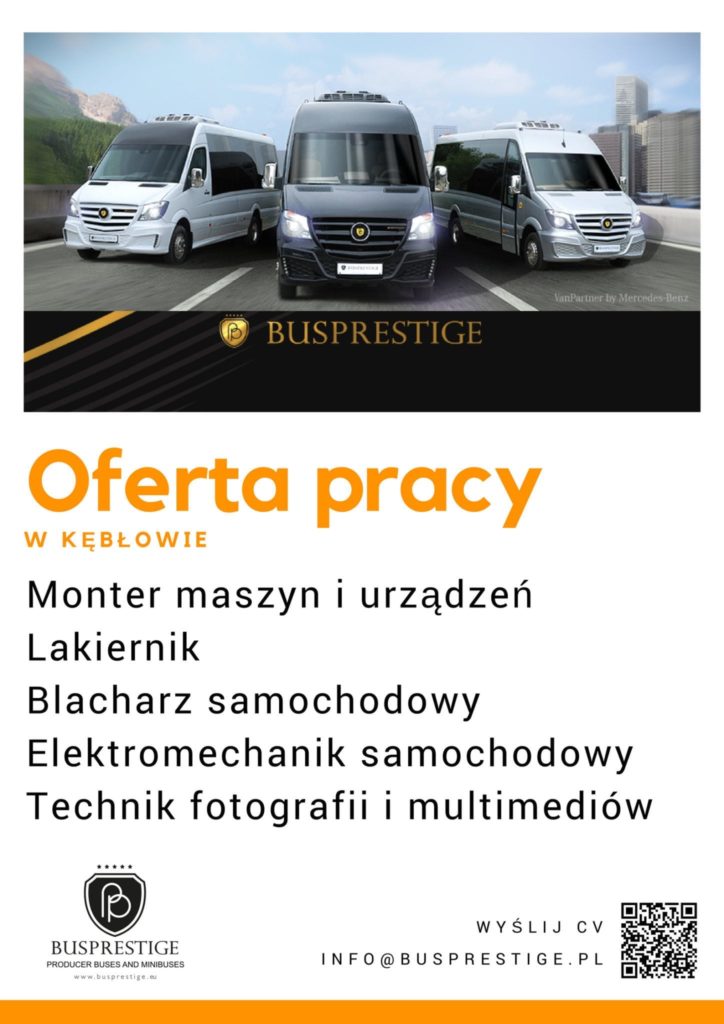 The certificate is granted as evidence that the management system of Bus prestige complies whit the requirements of the Standard ISO 9001:2015 in the scope of: 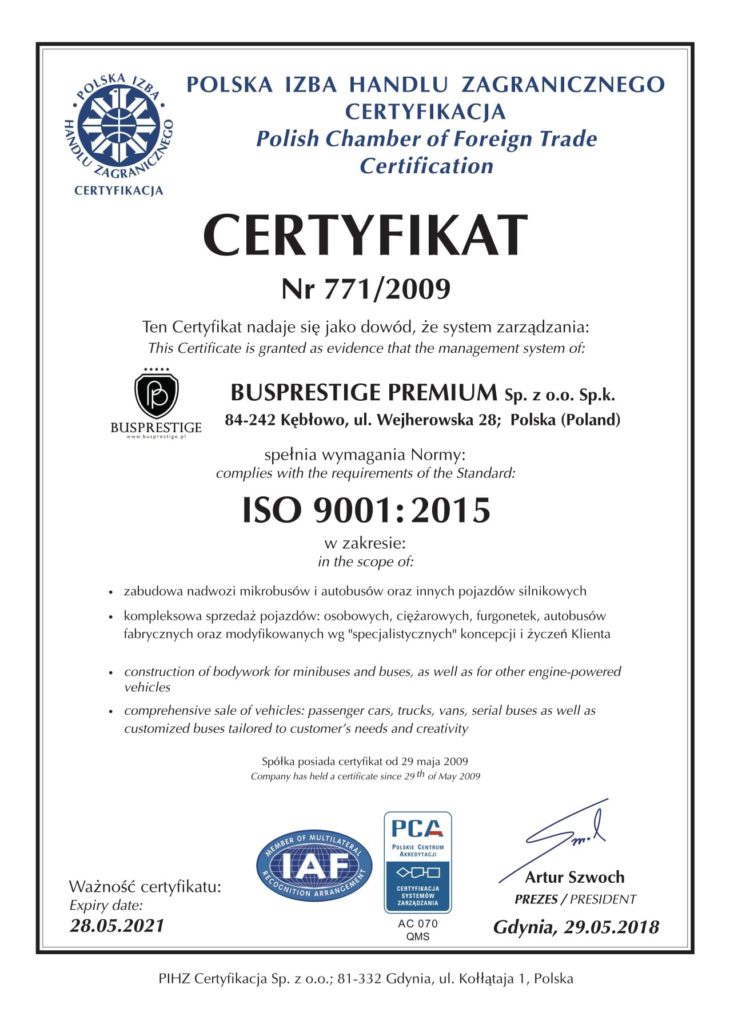 Busprestige is a producer of buses and minibuses, bus converter mainly based on the successful construction of the Mercedes-Benz Sprinter chassis.

Today at Daimler is the official premiere and presentation of the third generation Mercedes-Benz Sprinter.

Mercedes-Benz has so far disclosed short information about. This time it is a short advertising film, presenting details of the interior and several external elements.

Buy a new minibus straight from the bus manufacturer Busprestige

Buses at stock ready to buy

Busprestige this year has prepared for our customers a large selection of ready-to-buy buses at the end of the calendar year and the end of the balance sheet year.

Busprestige is the largest manufacturer of buses and minibuses on the Mercedes-Benz Sprinter.
The end of the calendar year and the balance sheet is among our customers time to look for new bus fleet and for this purpose Busprestige has prepared some interesting proposals for bus infrastructure. In the Buses tab, buses are available “at hand” with special red markings “At stock” and are ready for quick shopping. Busprestige’s offer includes the most popular among our clients, the BP Tourist tourist complex in configuration of 21 for 19 passenger seats plus 1 pilot seat and 1 driver’s seat, plus the exceptional offer of the BP Basic building on the flat floor with 24 passenger seats plus 1 seat for BP Basic. a pilot and a [...]

Daimler has officially revealed the first sketch of the new Sprinter, which will go on sale in 2018. Sprinter is the flagship van of the van Mercedes group. Sprinter is also the most popular model and base vehicle on which Busprestige carries out bus and minibus bus development.

The new Sprinter will be produced at the Mercedes plants in Dusseldorf and Ludwigsfelde and in the USA at the North Charleston plant.

Busprestige is a partner of Mercedes-Benz, which confirms certification of VanPartner by Mercedes-Benz as the only company in Poland to make the first minibus development on the latest Mercedes-Benz Sprinter.

We feel distinguished by participating in this project.